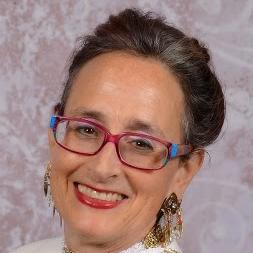 Rabbi Rayzel Raphael brings a rich background in spirituality and ritual, feminism, and music to Judaism. “My rabbinic goal is to bring as much joy to Judaism as I can muster,” she says. Read the articles about Rabbi Raphael in Kol Aleph and Jewish Exponent.

I am passionate about:
The mysteries of life: Dreams, the Soul, Oracles, Reincarnation, etc
Shechinah, the feminine Divine path
Networking and bringing people together
Holding the focus on Spiritual light and hope
Creative Judaism/rituals/prayer/song
Trying to read the Mind of God
Living in the unknown, Expecting the unexpected
Laughing at the Absurdity of Life
Staying wild and free

Music
Rabbi Raphael is a singer/ songwriter of over 60 new Jewish songs/prayers, including liturgy, whose themes include women of the Bible. With Rabbi Margot Stein and Juliet Irene Spitzer, she performs in a group called MiRaJ.

Spirituality and Jewish Rituals
Rabbi Raphael lectures on topics such as angels, Women of the Wall, Jewish magic, Jewish music, women in the bible, Rosh Hodesh, Shechinah. She is also a ritual consultant for life cycle moments such as weddings, baby namings, and other sacred time.