Previous Next
Place Categories: Non- /Trans-Denominational Something Else 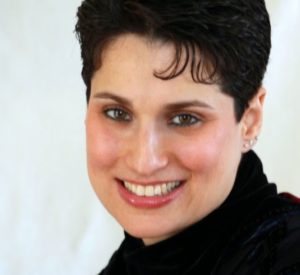 Chani Getter is passionate about personal choice. Chani is a licensed social worker, a certified professional coach, and an ordained One Spirit Interfaith Minister who was raised in an ultra-orthodox Hassidic Jewish home. At the age of 23 Chani left an arranged marriage and as a single parent began a journey of self-discovery. Today, Chani is a spiritual leader, teacher, coach and counselor, who combines personal development, spiritual learning, and age-old wisdom to create courses and ceremonies that are welcoming and meaningful to all people. Chani blends the discoveries of Chani’s personal growth alongside the ancient teachings from the Jewish tradition that were such a meaningful part of Chani’s youth.

Chani provides therapy and spiritual counseling to individuals, couples and families. Chani is especially skilled in working with individuals who were raised in insular and/or fundamental religious communities who are struggling with residual imprint of early childhood dogma. Chani has worked extensively with ex-ultra-orthodox Jews, ex-Mormon, ex-Muslim, and fundamental Christians (especially those home-schooled).

Chani joined Footsteps, a non-profit in NYC that supports and affirms individuals and families who have left, or are contemplating leaving their insular ultra-orthodox Jewish communities in their quest to lead self-determined lives; in 2013 and served as the program manager for Rockland. Chani was instrumental in launching Footsteps’ Family Justice Program in 2014 and directed the program until 2020. Later as the Senior Director of Organizational Development, Chani led Footsteps’ effort to create a culture of appreciation and well-being for staff and all whom they serve. Now as the scholar in Residence, Chani is providing training and montoring to deepen cultural competency and improve quality of service for organizational partners as well as others who work with those in existing insular commpunities.

For 13 years, from 2007 till 2020, Chani facilitated a monthly support group for LGBTQ+ women in NYC. Chani directed and facilitated weekend retreats for LGBTQ+ individuals and families for over 7 years.

Chani works with individuals and couples who have past trauma, be it religious, sexual abuse or other. Chani understands the impact that trauma has on the brain and body, and that it can affect every aspect of daily life even years afterwards. Chani brings a non-judgmental approach and provides space for all to connect with their authentic selves and deepest yearnings allowing for building a life beyond the limitations they have encountered.